Never has the term “clash of cultures” been more appropriate than in describing Dubai. This desert oasis of a city rises out of the sand with epic proportions. Home to the world’s largest shopping malls, tallest buildings and most exclusive hotels this playground for the oil rich and career driven has to be see to be believed. The sprawling modern metropolis is a 21st century trade route destination where the biggest and brightest aspects of American, European and Arabian pop culture collide. 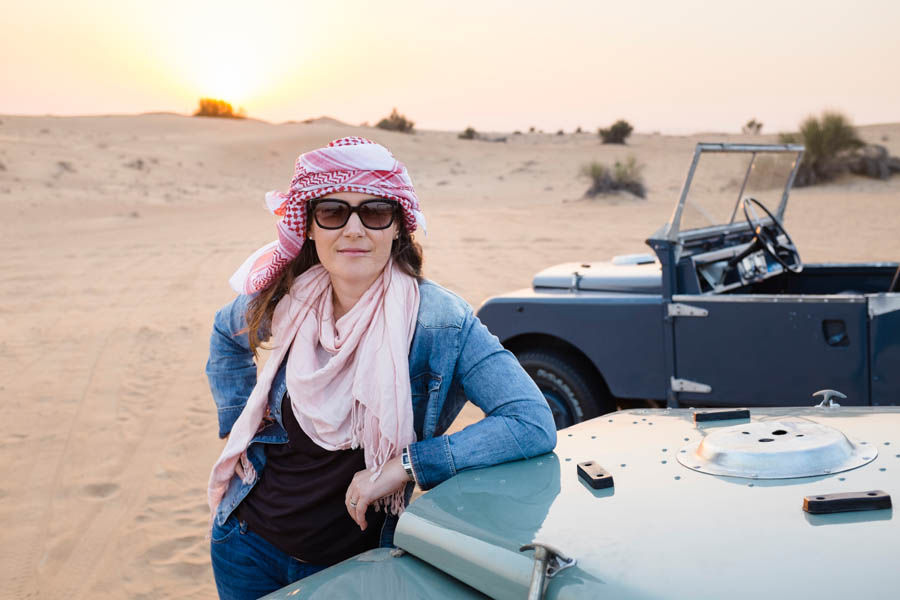 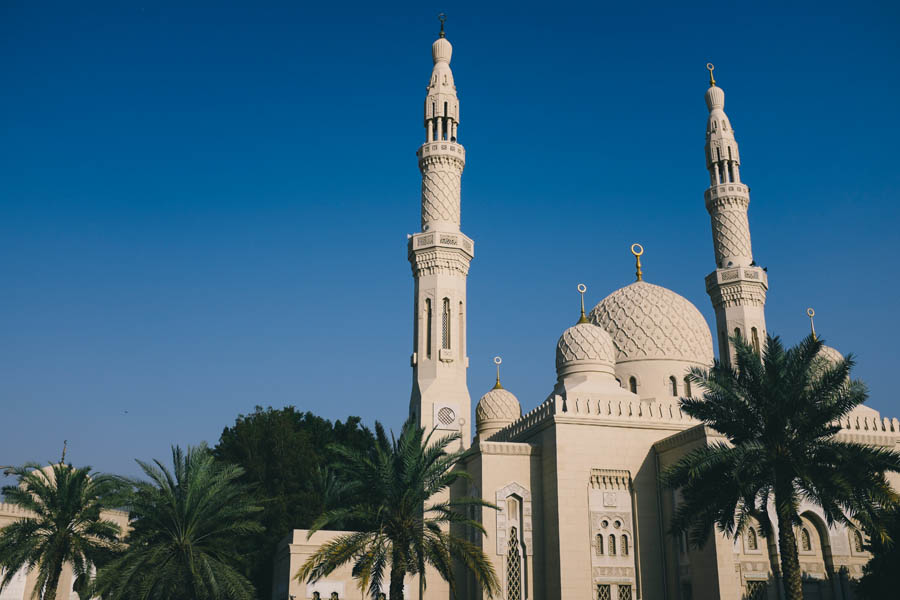 James and I visited Dubai for a quick 5 day trip to shoot a wedding and enjoy a few days much needed R&R. Our initial introduction to the city: a terrifying 140km/hour taxi trip across town weaving through heavy traffic consisting of large white 4 wheel drives, luxury sports cars and mini-busses carrying the cities vast migrant workforce on mass. After a slow start to our first day, fuelled by strong coffee, we headed out for a recce at the Desert Palm Hotel, the setting for the beautiful wedding the following day. The hotel: close to the desert on the outskirts of the city was a hive of activity with the staff in full swig setting up for the weekend’s Cartier Polo event. 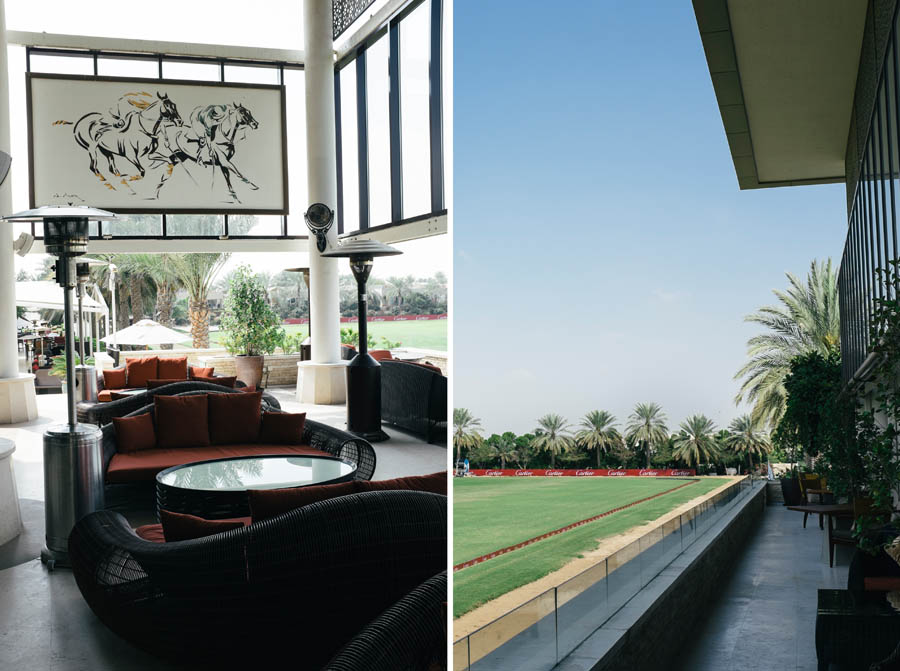 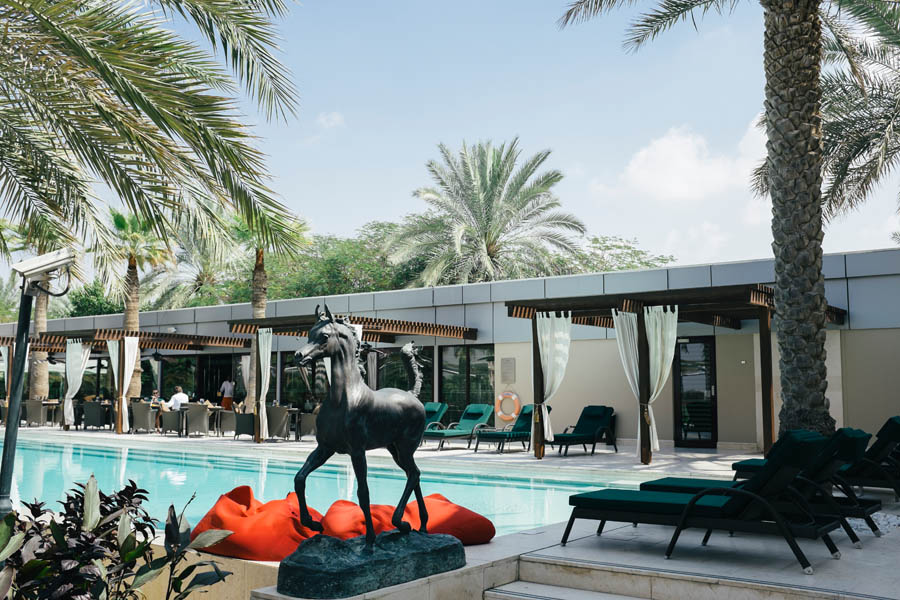 By this stage it was well and truly meal time and we desired to take in a traditional Emirati breakfast at the near by Al Fanar restaurant. Of course dates were the first order of business followed by fragment Arabic coffee, zesty ginger tea and two sorts of pancakes served with a side of honey and soft cheese. Although the breakfast was enjoyable the decor and experience of dining in this unique establishment was what I will remember. 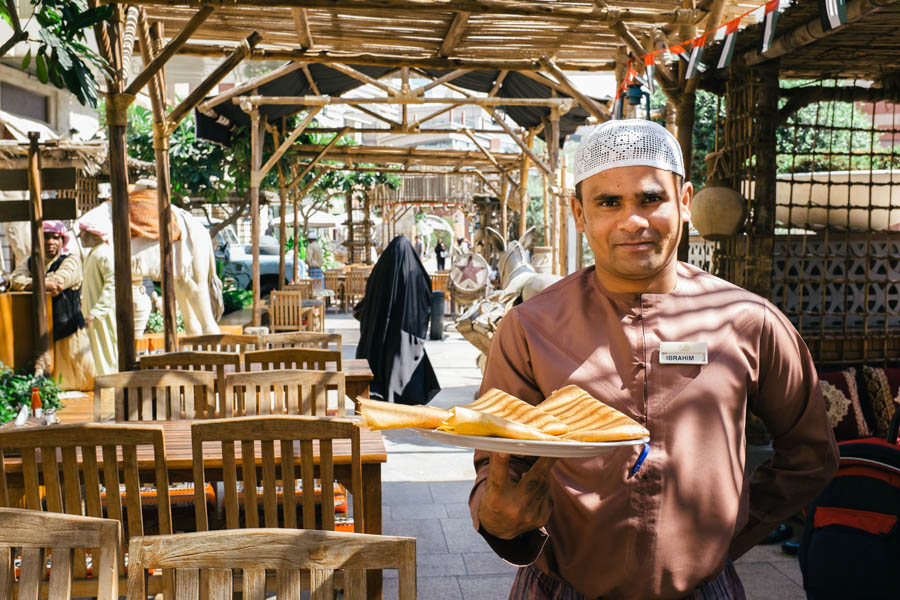 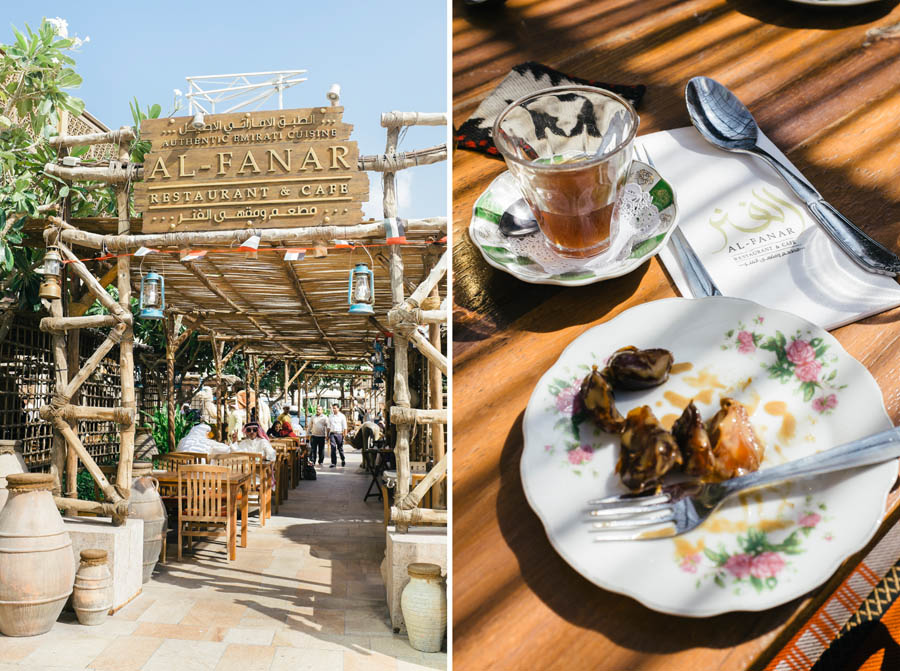 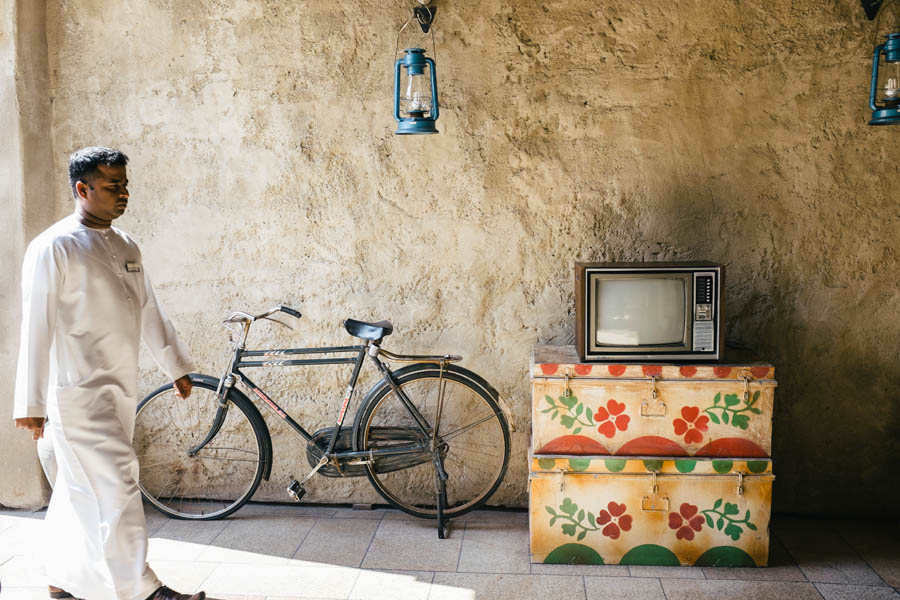 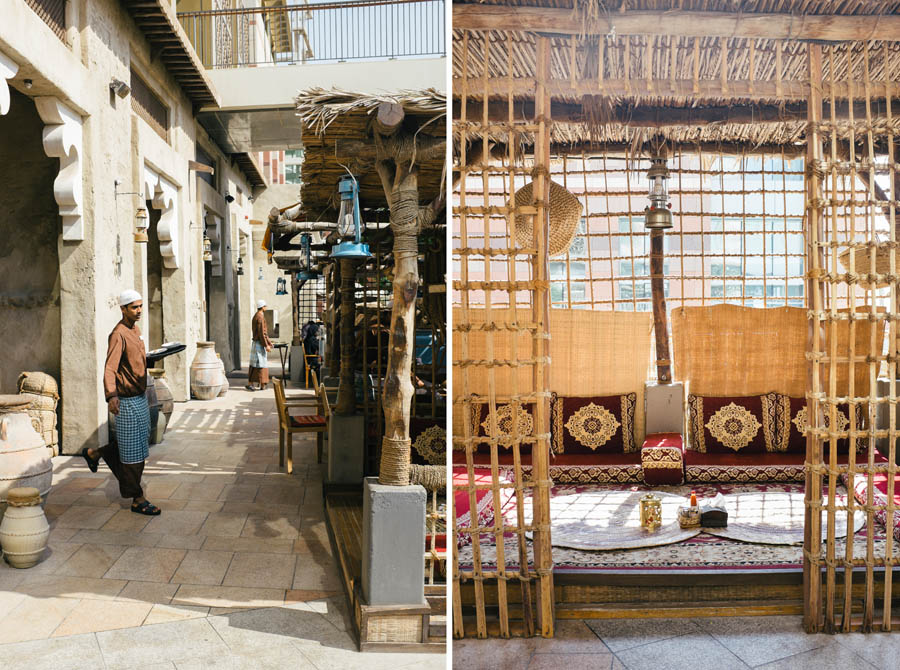 After a stroll along the beach and a quick snack at the Jumeirah Beach organic supermarket and cafe it was time to head down town to take in the spectacle which is The Dubai Mall. 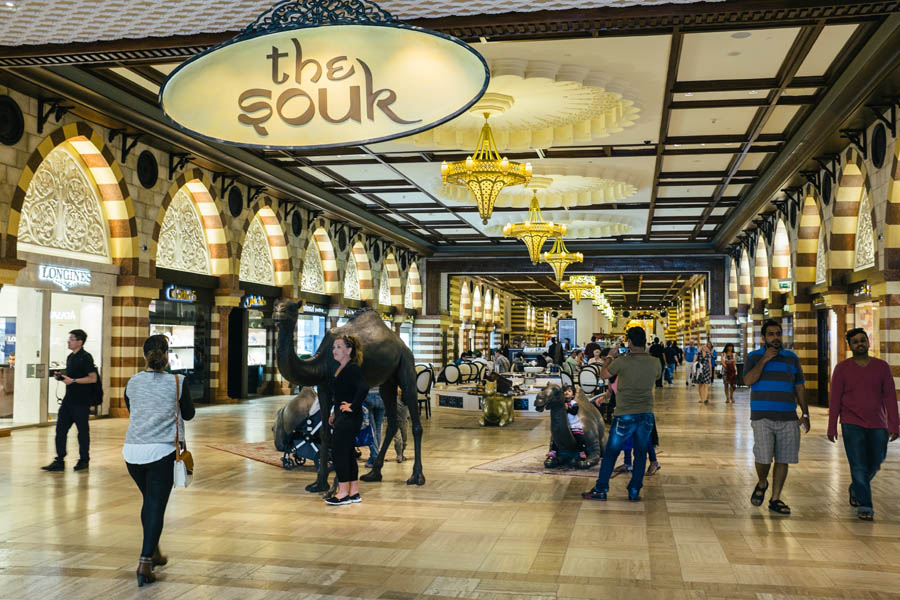 Just one section of the epic Dubai Mall 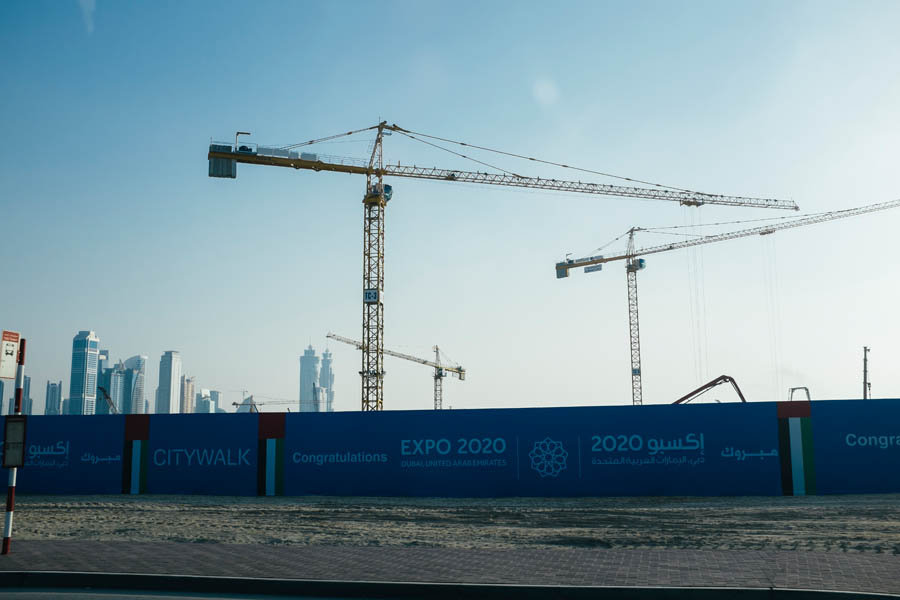 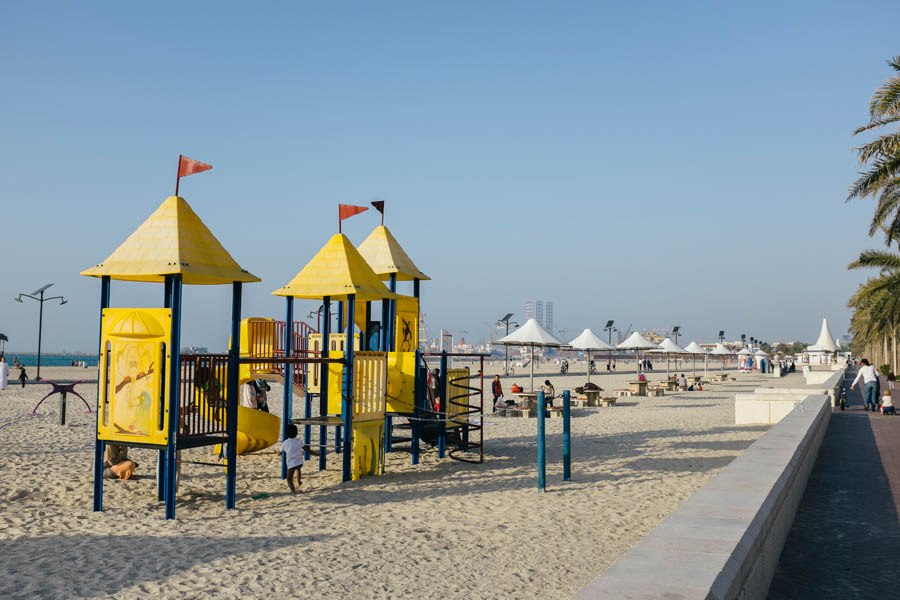 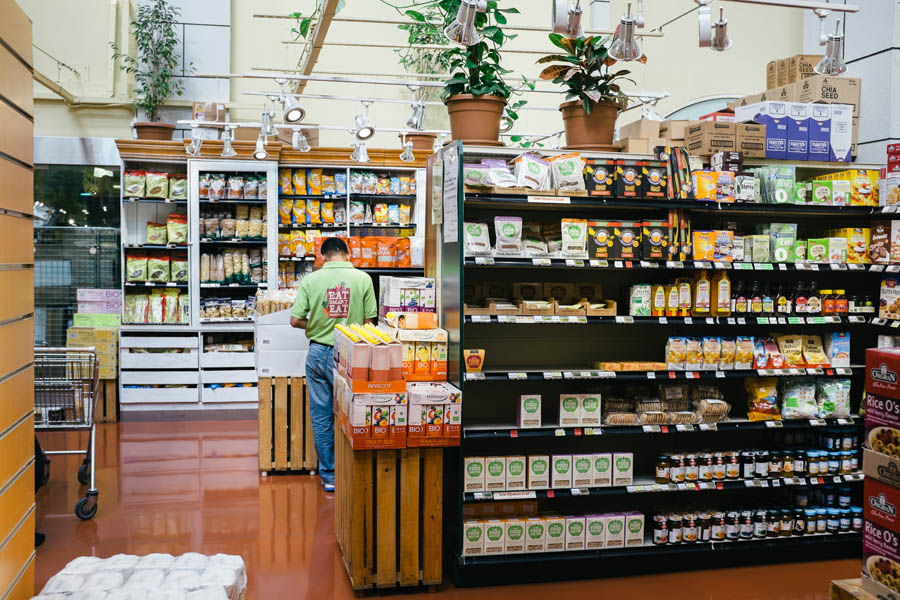 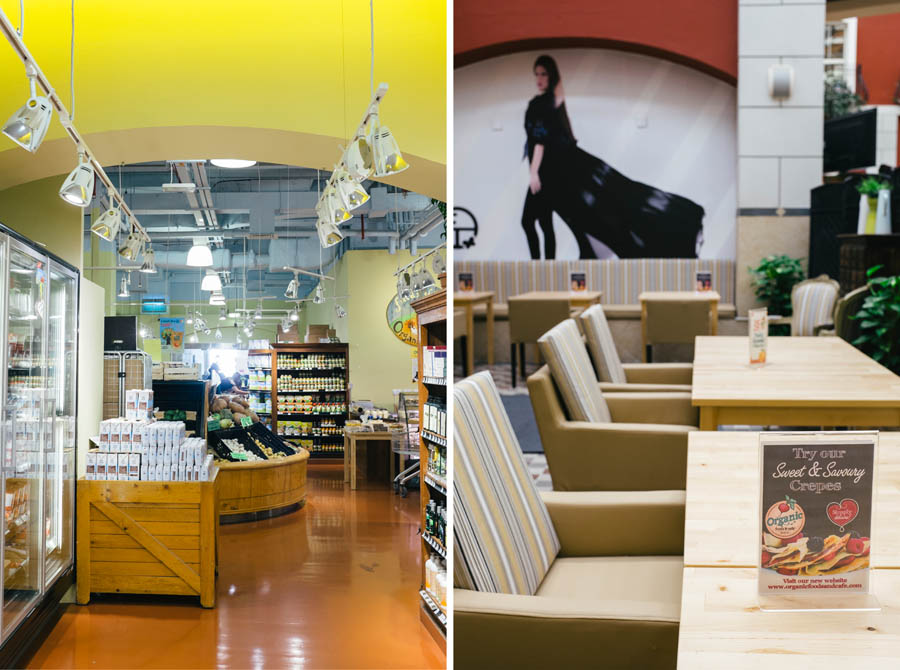 No where more in the city does western and eastern culture meet head on than in The Mall of Dubai. I can’t think of a possible clothing chain store missing from this shopping Mecca. Available here are all the best and most popular brands you would find in any American or European shopping centre. Our fellow shoppers from every race imaginable from western tourists, local expats from the entire globe, Asian migrant workers and those from across the Gulf States all emerging in one glitzy air conditioned consumer paradise to shop, to be entertained and to be seen. The Mall spills our onto the Las Vegas reminiscent Dubai Fountain and the iconic Dubai High-rise vista including the World’s tallest building, the Burj Khalifa. 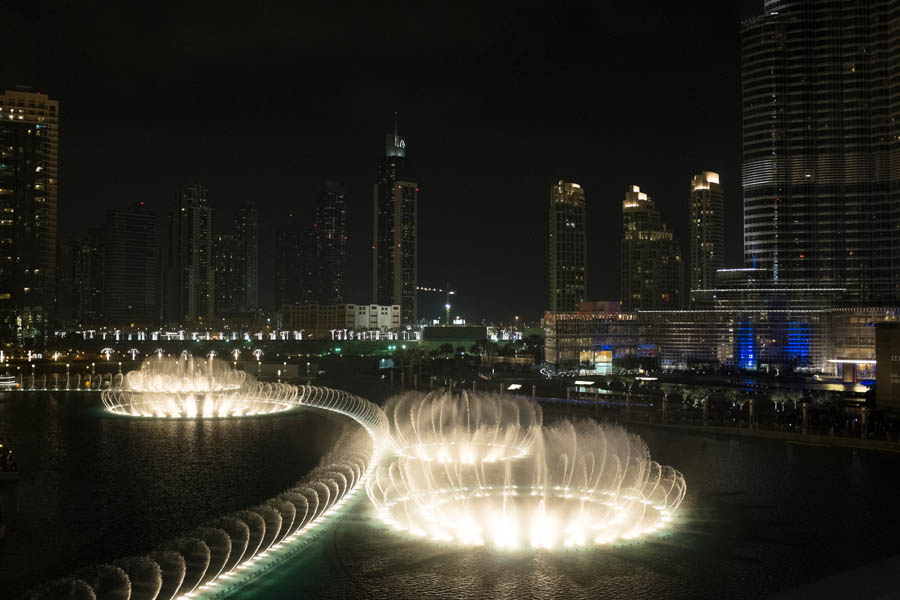 Visitors spill out of the Dubai Mall to watch the evening fountain show in front of the Burj Khalifa.

After dinner in a great Mall restaurant (yes you heard me right) called Social House it was time to hit the hay and rest our jet lagged bodies. 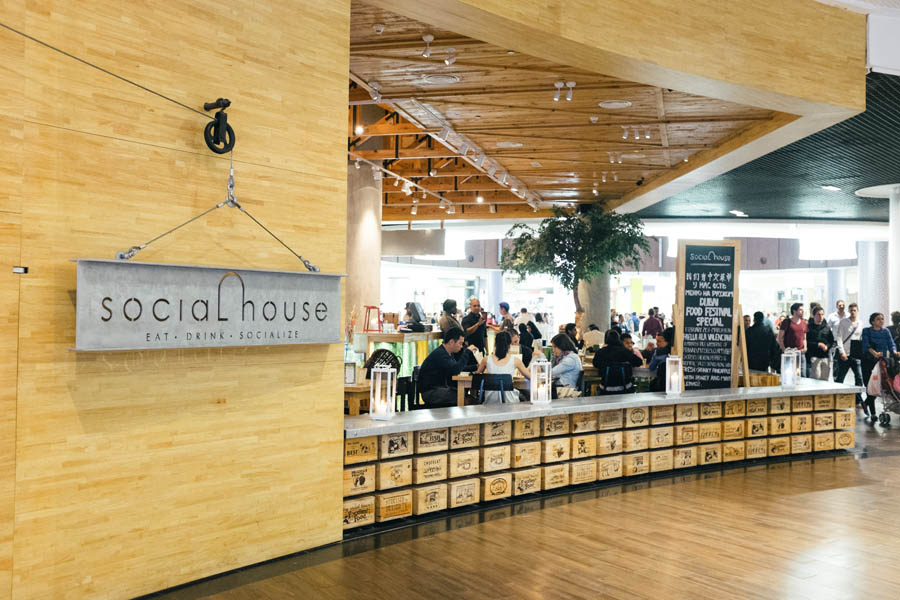 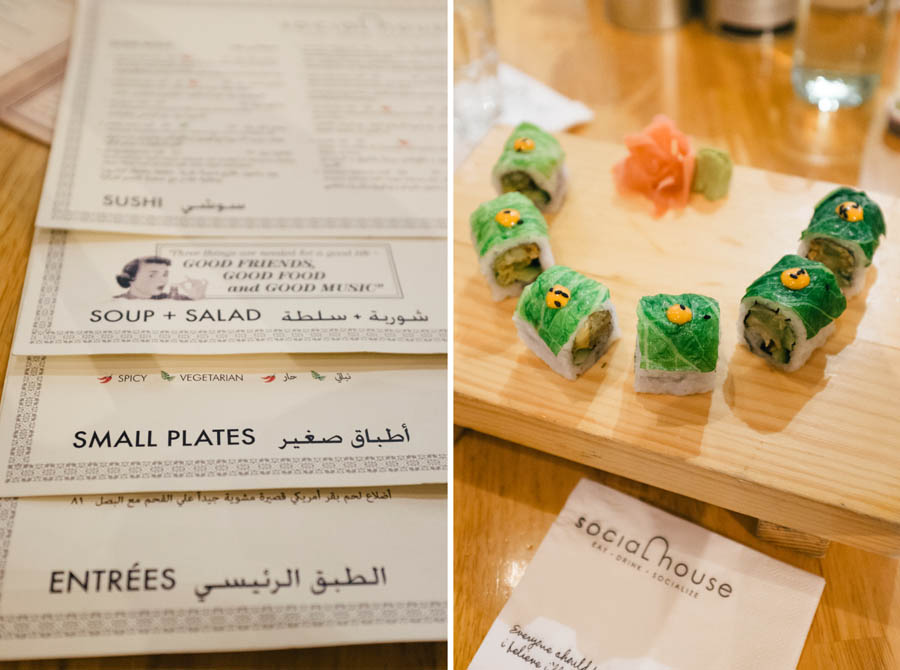 In the morning James heading off to shoot the wedding and I prepared myself for a day of exploration and pampering. Heading down to the Jumeirah Emirates Tower Hotel in the late morning I arrived just in time to catch the last of the Friday morning Farmers Market on the Terrace. This compact row of about 12 stalls in the immaculately tendered grounds of the hotel is where you can unwind away from the city’s crazy high rise scene and enjoy a freshly cut young coconut, artisan style breads and pasties and pick up fruit and vegetable supplies for the week ahead from local farmers. How they grow this lush produce, in the harsh dessert is beyond me. 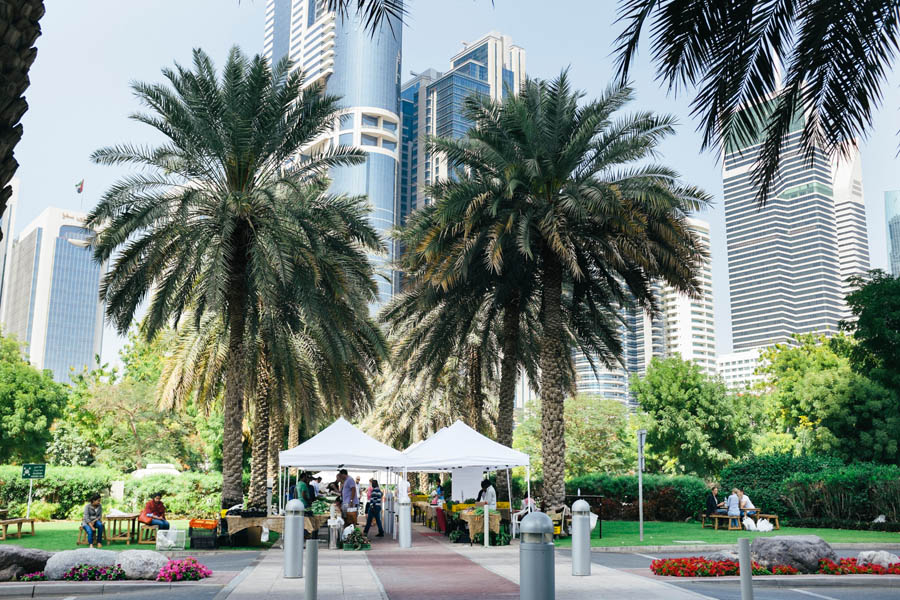 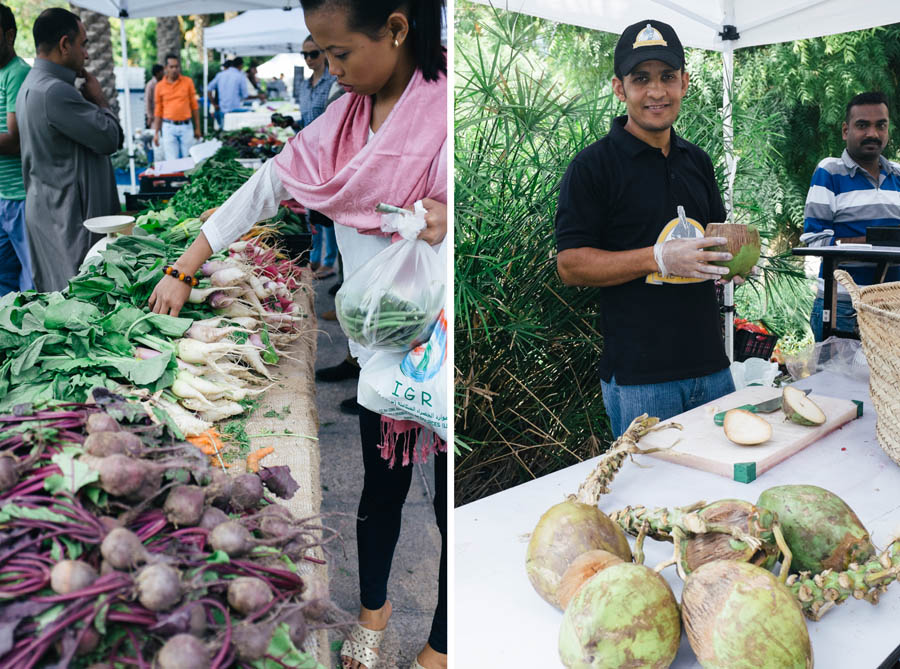 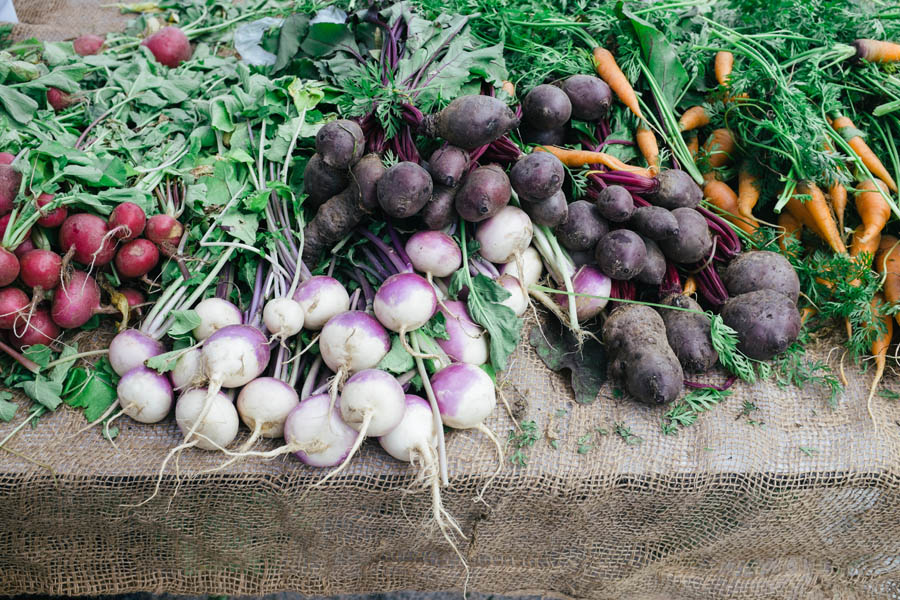